Having seen Tigers so closely (it was so pulse racing, that I felt like my heart in my mouth) in Kanha and Bandhavgarh last year, my interest in seeing more wildlife in its natural habitat, made me book a trip to Gujarat, which is the only home of the Asiatic Lion in India --- I along with two of my colleagues, Himanshu and Krishna did a recent trip to Gujarat and Diu. The other thing that perhaps played a role in our selection of Gujarat as a destination, was the wonderful advertising campaign that Gujarat Tourism has been running for the last couple of years, where, Amitabh Bachchan, Bollywood’s biggest star, has been promoting tourism to Gujarat. The campaign from Gujarat tourism seems to be yielding excellent results, and the number of tourists travelling to Gujarat is on the rise. 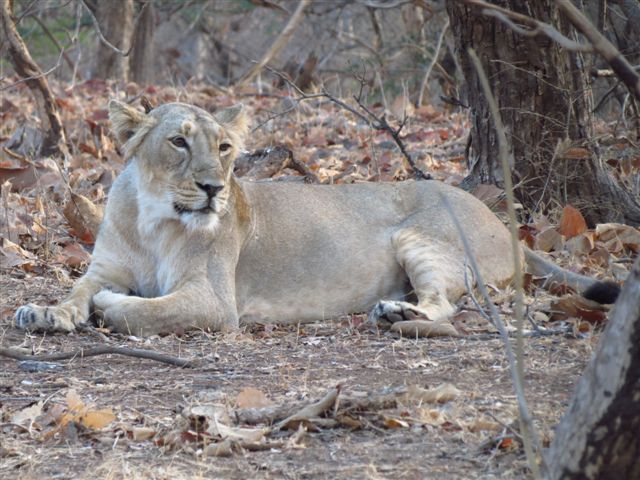 Our trip began in Ahmedabad, where just after a few hours of sleep, we visited the Gandhi Ashram, where the Father of our Nation, Mahatma Gandhi spent a few years of his life. It is now converted to a museum depicting the Mahatma’s life. Our next stop was Diu, a Union Territory, and a beach destination, bordering the state of Gujarat.

The next morning, we moved on to Sasan Gir (of course the main reason for our trip), en route visiting Somnath – one of the twelve Jyotirlinga temples dedicated to Lord Shiva. 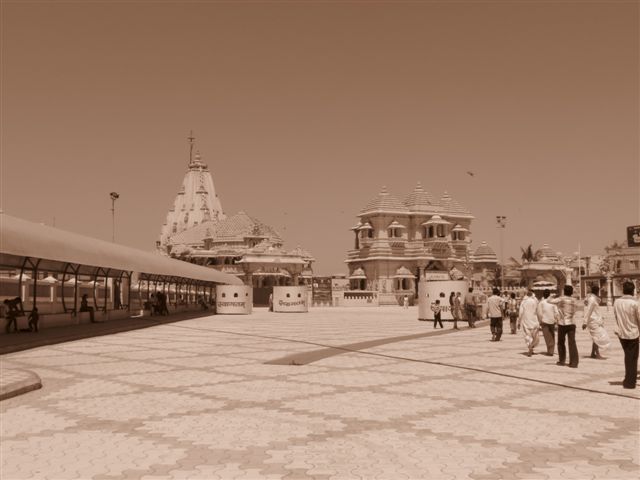 The resort, Gir Birding Lodge was very well located (just next to the entry gate of the National Park), and during the 3 safaris we did into the park, we were lucky to spot the King of Jungle a couple of times, also it was a good birding experience as we spotted many birds – Magpie Robin, Black-headed Oriole, Nightjar, Eurasian Thicknee – just to name a few. We were lucky to spot Leopard as well, which is quite rare. Our last destination was the Little Rann of Kutch – an unending expanse of salt marsh desert, also very famous, for the reason that it is the only home of the Asiatic Wild Ass. It was indeed a unique experience to see large herd of Wild Asses, the other animals I was able to capture in my camera were the Desert Fox, Blue Bulls, etc.. The area is also well known to have about 300 species of Indian and migratory birds, but they were all gone in March, so we missed them!

While currently, very few tourists from the western world visit Gujarat, this is truly a destination with great potential, and there is a lot to see and do for tourists in Gujarat. Also very impressive, is the infrastructure development, which seems to be way ahead of several other states in India – Gujarat has a good road infrastructure, availability of clean drinking water and no power shortages. The trip gave me and my colleagues a very good insight into the potential of tourism in Gujarat, and this is a destination that we would certainly be recommended, if not to first-timers, at least to second-time visitors to India.

The writer, Atul Shrivastava is the Asstt. Manager of Trans India Holidays in New Delhi, India.