Watching a big cat in real life could be a distant dream for many! However, this dream, in India, is not that tough to be realized as the country is blessed with over 3000 tigers, 99 national parks, 40 tiger reserves, and 450 wildlife sanctuaries. India has made a global mark as it has transformed as home to 75% of the tiger population of the world.

No matter if you are surrounded by the big mountains of Himalayas in Uttarakhand or are in the desert landscape of Rajasthan or in the centre of Gujarat, the rich fauna will be there to enthrall and entice you always. So let's take a quick view of the top 10 national parks in India that are home to diverse wildlife.

1. The Ranthambore National Park, Rajasthan: The royal land of Rajasthan also houses the royal predators. Stretching across the area of 1,334 square kilometres, this Park offers fascinating jungle safaris. You will be delighted to see the cats prancing and pouncing on trees and grounds freely here. The other animals that are spotted here include Sloth Bears, Wild Boars, Sambar, etc. 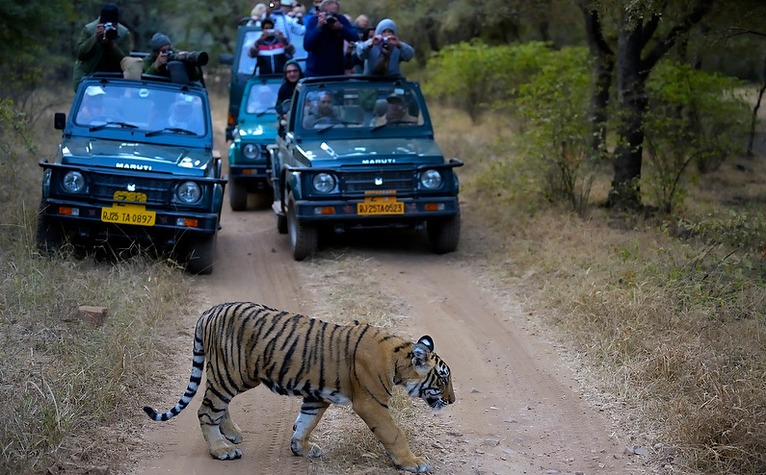 2. Jim Corbett National Park, Uttarakhand: Jim Corbett National Park is the oldest established national park housing the most furious member of the cat family, the tigers. Many species such as Fishing Cats, Serow, Goral, Himalayan Tahr, and other fascinating wild species have made their habitat in this park. It was in 1936 when the journey of Jim Corbett started. The Park was declared as Asia's very first National Park in the same year. Later in 1974, it was declared as the first Tiger Reserve under Project Tiger. People from across the globe keep thronging here to catch a quick view of these brilliantly dangerous cats. 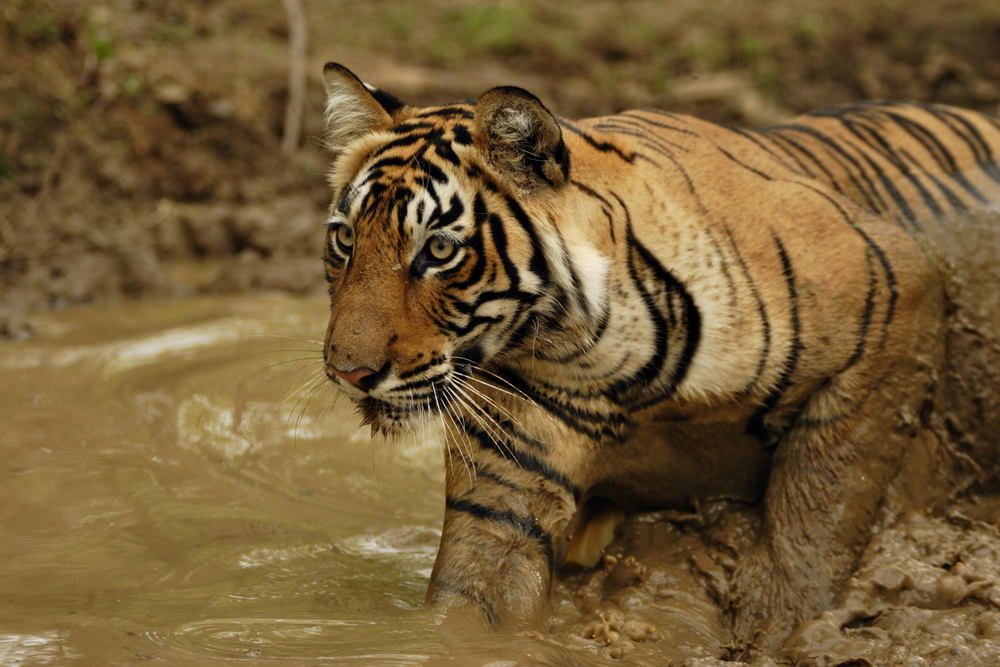 Once upon a time, this place used to be the hunting ground for royal dynasties. However, the scenario changed slowly and Bandhavgarh is a protected area now. 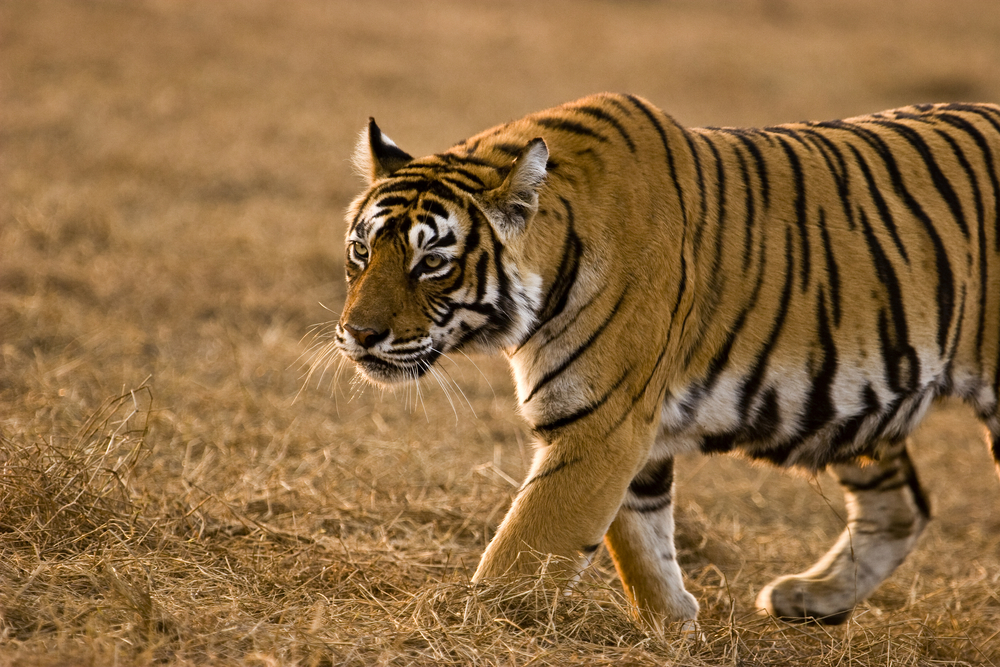 Best Time to Visit: The national park could be visited between mid-October and June, but March to May is the ideal month to see big cats.

4. Kanha National Park, Madhya Pradesh: Do you aware of the Mogli Land exist in India? If not, then you should plan a trip to the Kanha National Park soon. Owing to the existence of the vivid wild creatures, this dense jungle became an inspiration to Rudyard Kipling's forever classic-the Jungle book. The roaring of tigers in the real woods of Kanha jungles is what that attracts thousands of tourists from across the world to this park. 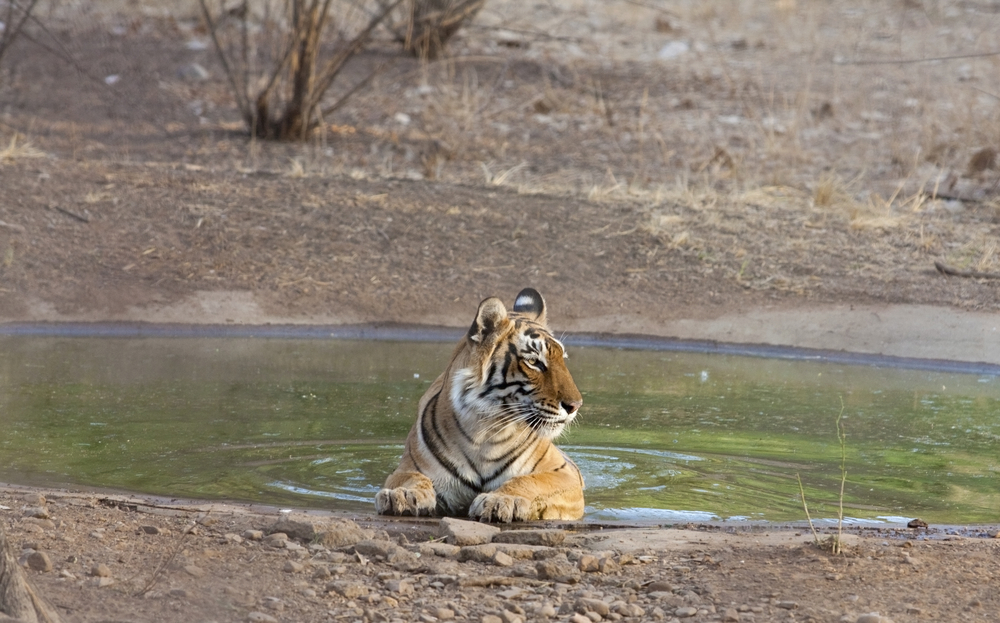 Best Time to Visit: The gate remains open from mid-October to June, however, the peak time is March to May if you want to see royal tigers.

5. Kaziranga National Park, Assam: Welcome to Kaziranga National Park, home to world's largest population of one Horned Rhinoceros. Stretching across 429.69 square kilometres, this place is far off from human inhabitance and hence helps in maintaining the rich flora and fauna. This Park also houses Elephants, Bears, Panthers and many pretty birds. As the wildlife flourishes without any limits here, Kaziranga is being titled as one of the renowned World Heritage Sites of UNESCO. 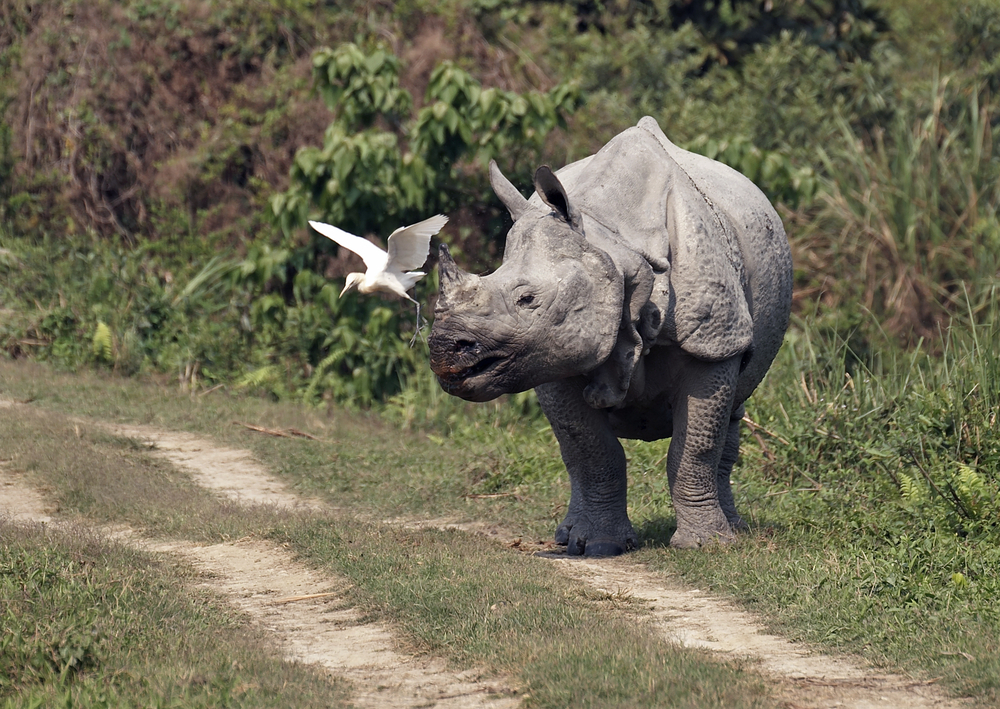 Best time to visit: You can explore this park from November to the end of April.

6. Sunderban National Park, West Bengal: This park could help you in spotting surprising sights. You can see tigers swimming in the water around the Mangroves of the Sunderban National Park. Sunderbans jungles have many credits to its portfolio. It's the largest tiger reserve. Also, it boasts of the tiger populace that has adopted an amphibious lifestyle. It also houses one of the world's largest forest cover of the Mangroves.

Hence, it forms one of the ultimate destinations to enjoy wildlife holidays in India. Owing to its distinguished distinctions, it has been honored as the UNESCO World Heritage Site.

Best Time to Visit: The Park is open throughout the year; however, to see the amphibian tigers, the best time to visit here is from October to April. 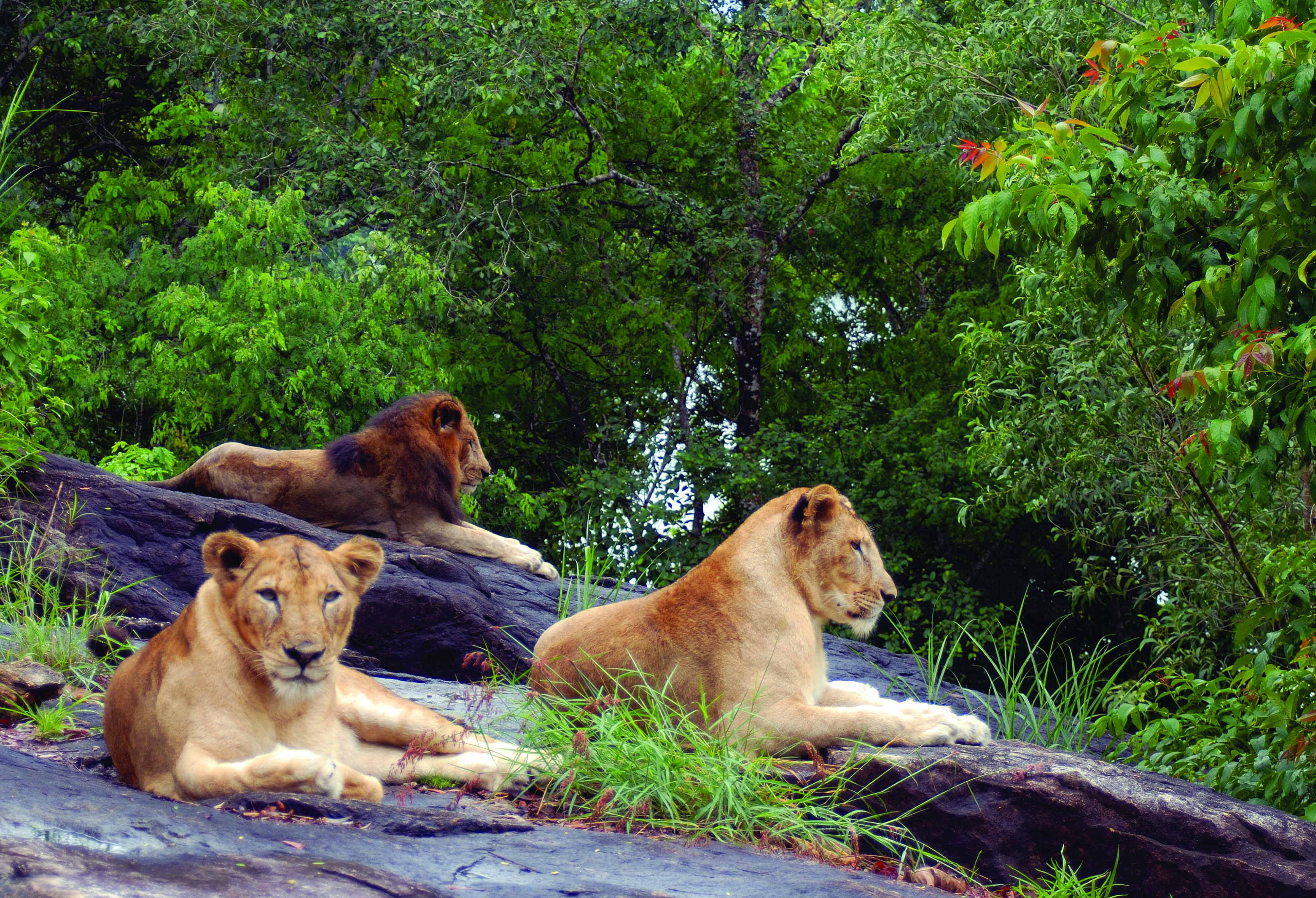 Best Time to Visit: The best season to visit the park is from October to May end.

8. Pench National Park, Madhya Pradesh: If you want to spot tigers frisking around carefree, then Pench is the place to be. One can listen to the loud rumbles of the big and furious predators in these jungles. This royal kingdom also boasts of other wild beings like Leopard, Wild Boar, Nilgai, and Crimson-breasted Barbet and so on.

Best Time to Visit: Pench remains open from mid-October to June. The best time to sight tigers are months from March to May.

9. Satpura National Park, Madhya Pradesh: The live wild world of the Satpura National Park, Madhya Pradesh is a treat to the eye. Spotted Deer, Leopards, Sloth Bear, Black Buck, Sambar, Four Horned Antelopes, Porcupine, Smooth Otter or Pangolin, all varieties have made their home in Satpura. The terrain is rugged here with the presence of peaks of sandstone, slender gorges, several ravines, and dense jungles, thereby making it a complete adventure zone.

Best Time to Visit: October to April is the ideal season for visiting this park.

10. Tadoba National Park, Maharashtra: If you want to enjoy deciduous forests and undulating hills while enjoying your wildlife safari holidays, then Tadoba National Park in Maharashtra is the best place. There is a beautiful lake encircled by lush mixed forests in this park. Tigers, Barking Deer, Hyenas, Gaur, Leopards, and many others form the inhabitants of this jungle.

Best Time to Visit: Park is open from October to June. However, the best time to spot tigers is in months of March, April, and May. 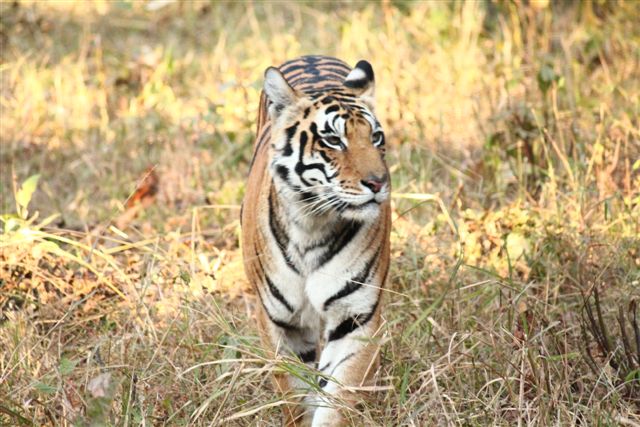 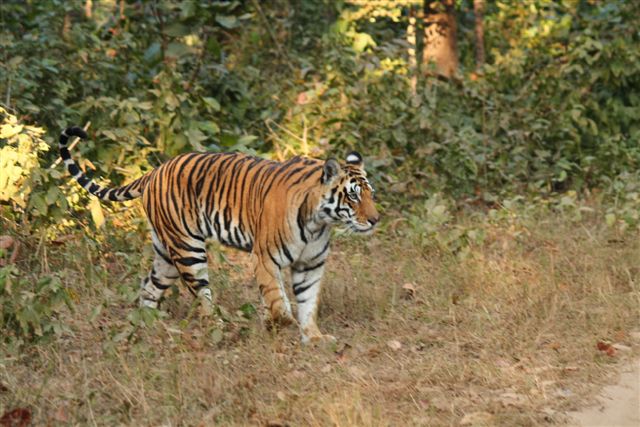