Divulge into the secrets of the Walled City of Jaipur 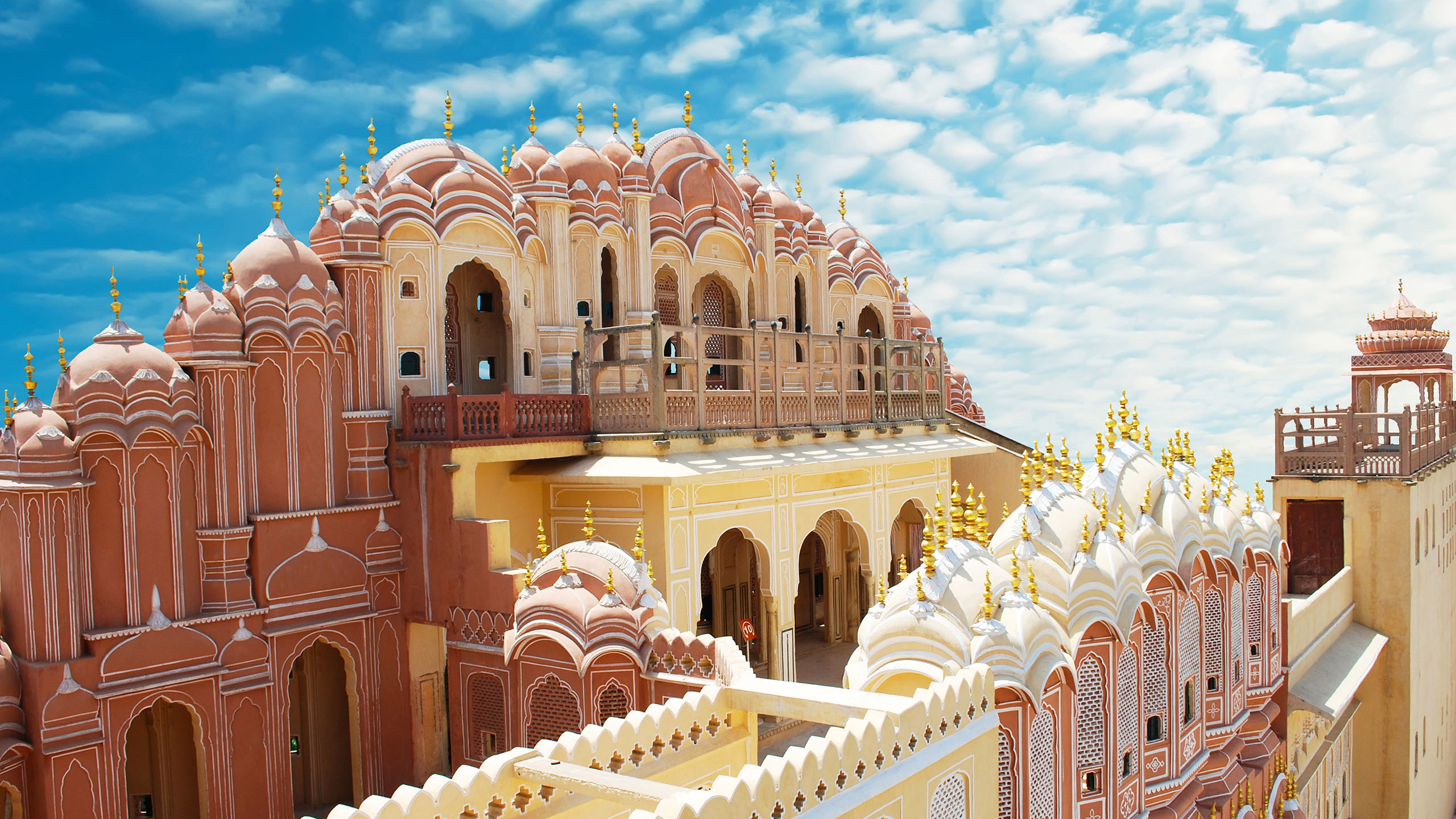 Besides a display of royal palaces, mighty forts, culture and heritage, there is fabulous food, fairs, and festivals, arts and crafts, music and dance and many treasures to explore. The city remains in welcoming spirit mode for the better part of the year except for a few summer months. Here is a Jaipur Travel Guide that will certainly assist you in planning a wonderful holiday in Jaipur. 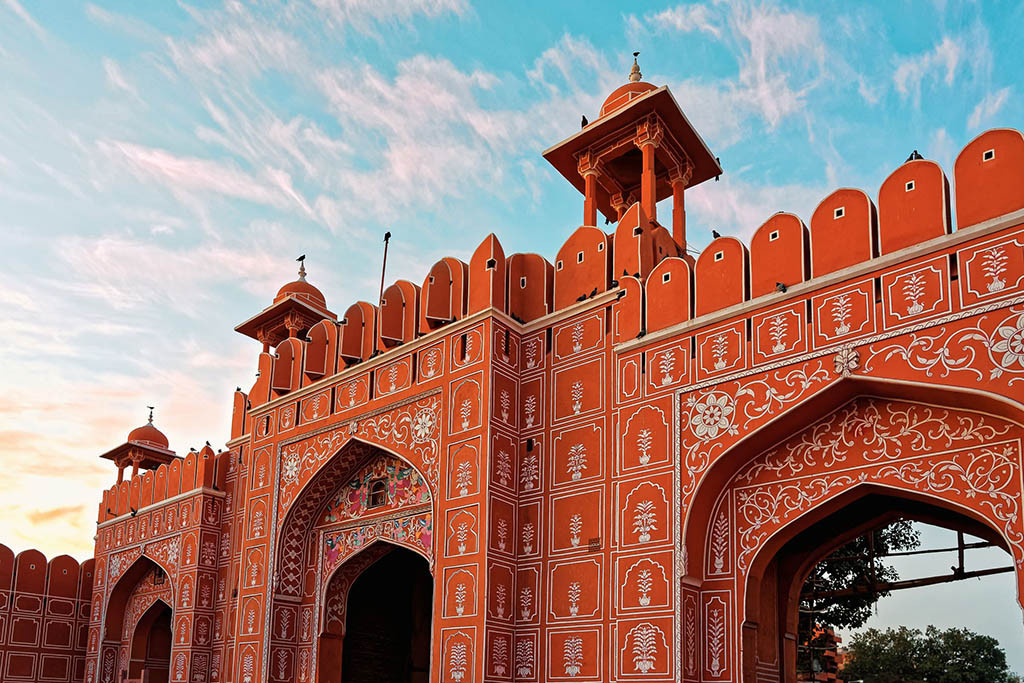 The secrets of the Walled City

The 18th century walled city of Jaipur is one of the most glamorous testament of the era of Rajputs and the unique elegance of Rajasthan. Jaipur was conceptualised after studying the urban planning of several European cities. For the first time in Indian history, a blueprint was made, which brought to life India’s first aesthetic well-planned city. However, it was the vision of the Maharaja Jai Singh II and his business acumen and scientific temperament. Giving fruition to his vision was the architect Vidyadhar Bhattacharya. The city was designed on the concepts of Shilpa Shashtra and Vastu Shashtra to ensure a lot of natural sunshine and breeze in residential and commercial establishments. 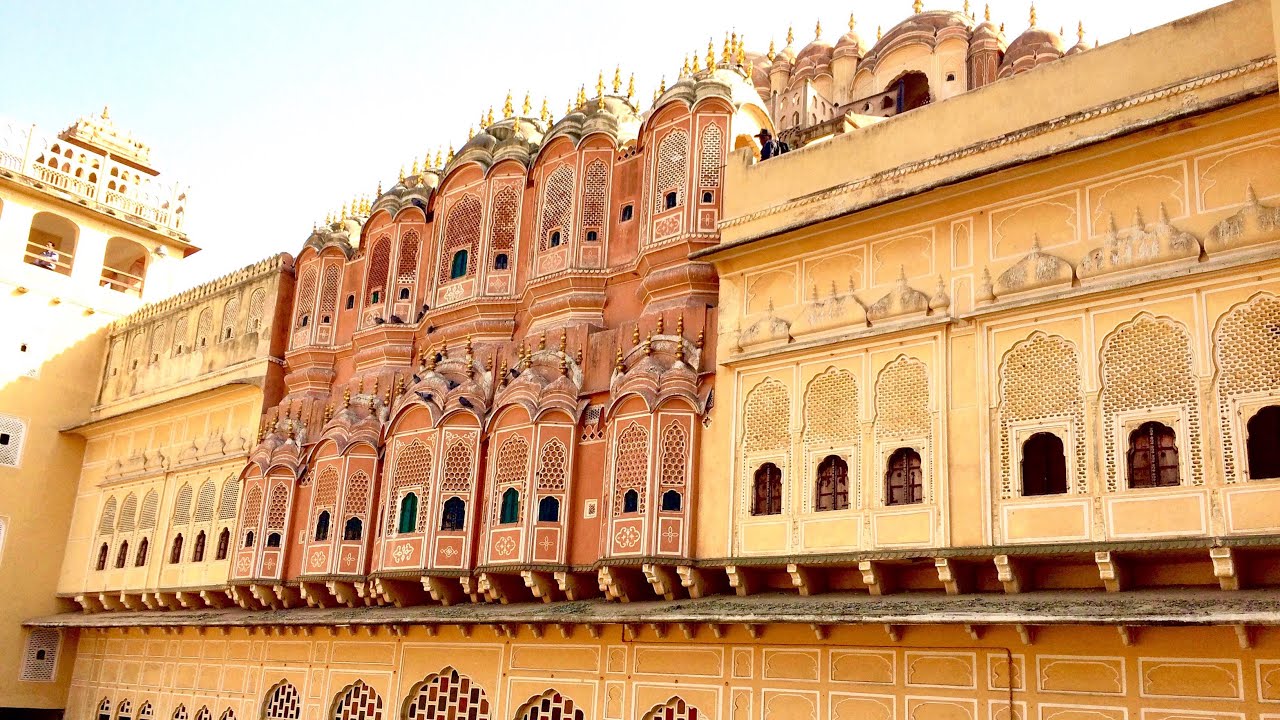 Spectacular arched pols (gates), located at seven entry points lead to a well-laid city in a geometric grid of streets cutting each other at right angles. The layout is such that every corner of the city gets adequate air and light. The water conservation and management system, drainage system, and the organisation of town space as different functional units was well thought of.

The three chaupars (squares) with temples of Hindu goddesses were established as settlements of priests, warriors, and a business hub. The entire city was divided into nine squares or chaukri, dedicated to nine planets. The jharokhas, and lattice work decorate the buildings. The city was painted in pink by Maharaja Ram Singh in 1876 to honour the visit of the Prince of Wales. The cultural significance of the city is the major reason for Jaipur’s entry to the UNESCO World Heritage list.

Wonders of the ‘Pink City’

Jaipur comes with an extensive list of places to see, things to do and the most of all many cherished experiences. 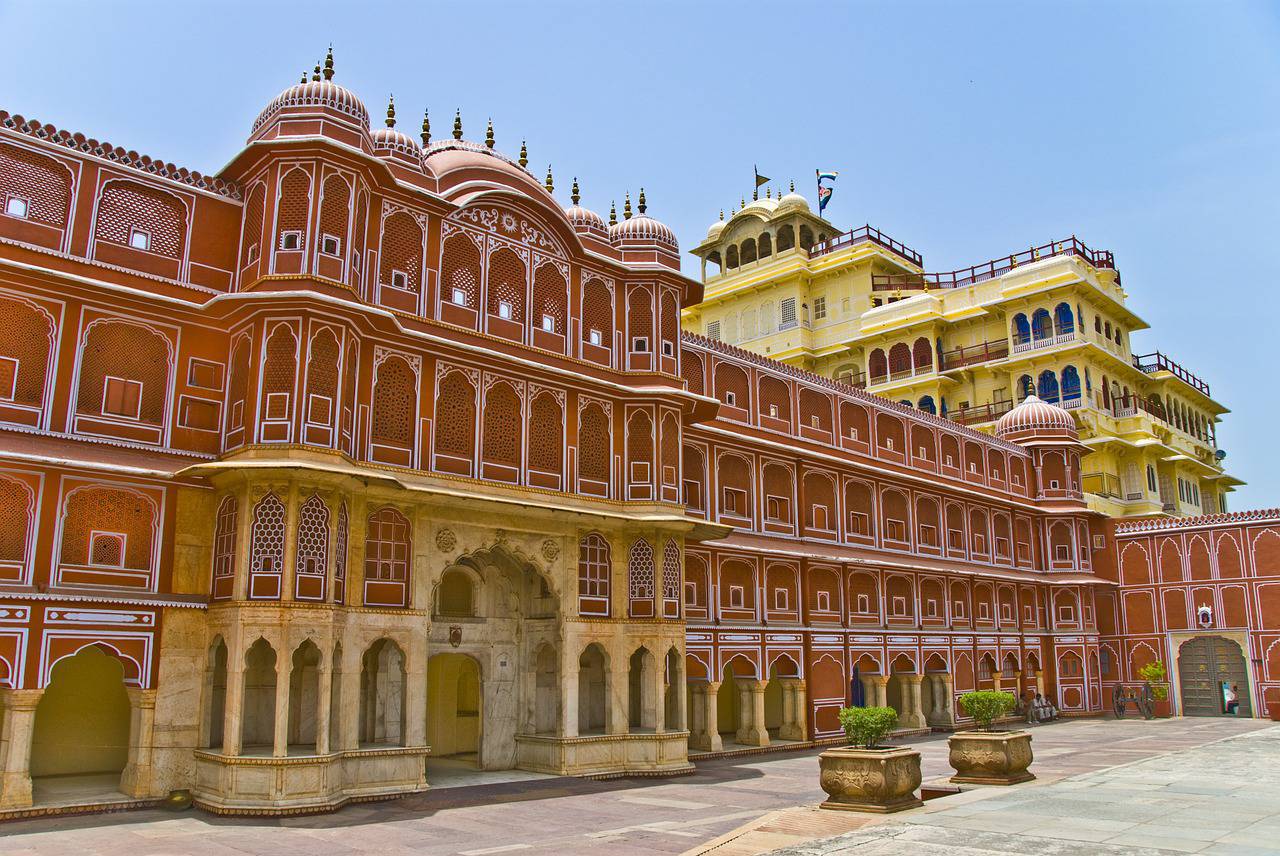 The first among the places to visit in Jaipur is the City Palace, home to the rulers of Jaipur from the first half of the 18th century is an amalgamation of Rajput and Mughal architecture. It has a museum housing royal artefacts. The extravagantly decorated Chandra Mahal is closed for public but even the entrance to this palace is as gorgeous as the rest of the sprawling palace complex.

The UNESCO heritage site of Jantar Mantar (Observatory), built during 1728-1734, shows the founder-Jai Singh II's keen interest in astronomy. It is well-preserved and has 19 astronomical instruments that resemble large sculptures used to calculate time, the position of stars and the Sun, and to predict natural phenomena. 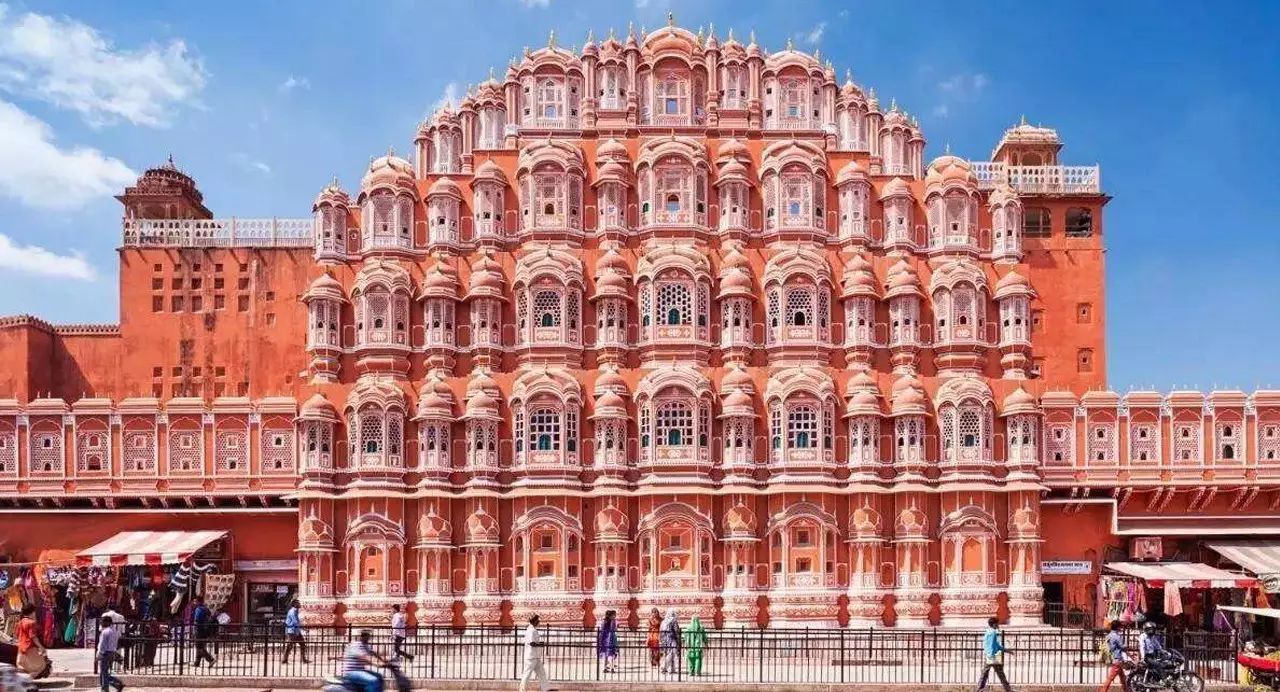 The iconic Hawa Mahal or the palace of winds, erected by Sawai Pratap Singh in 1799 is another iconic landmark in Jaipur. The projected windows, balconies and perforated screen with ornate pink façade makes it the most photographed places among tourists. The palace was built for royal ladies to observe the lively street scenes below unnoticed.

One outstanding feature of the walled city is that numerous temples co-exist with mosques. Even the shops in the markets in the walled city have been numbered and marked according to the city planning.

Beyond the Walled City

The seven-storied Jal Mahal that remains partly submerged, giving an illusion of a floating palace. Built in mid-18th century, it hosted duck-shooting events by the royalty. Nowadays, birdwatchers throng the lakeside as they present sighting of 84 species, including 72 species of migratory birds. 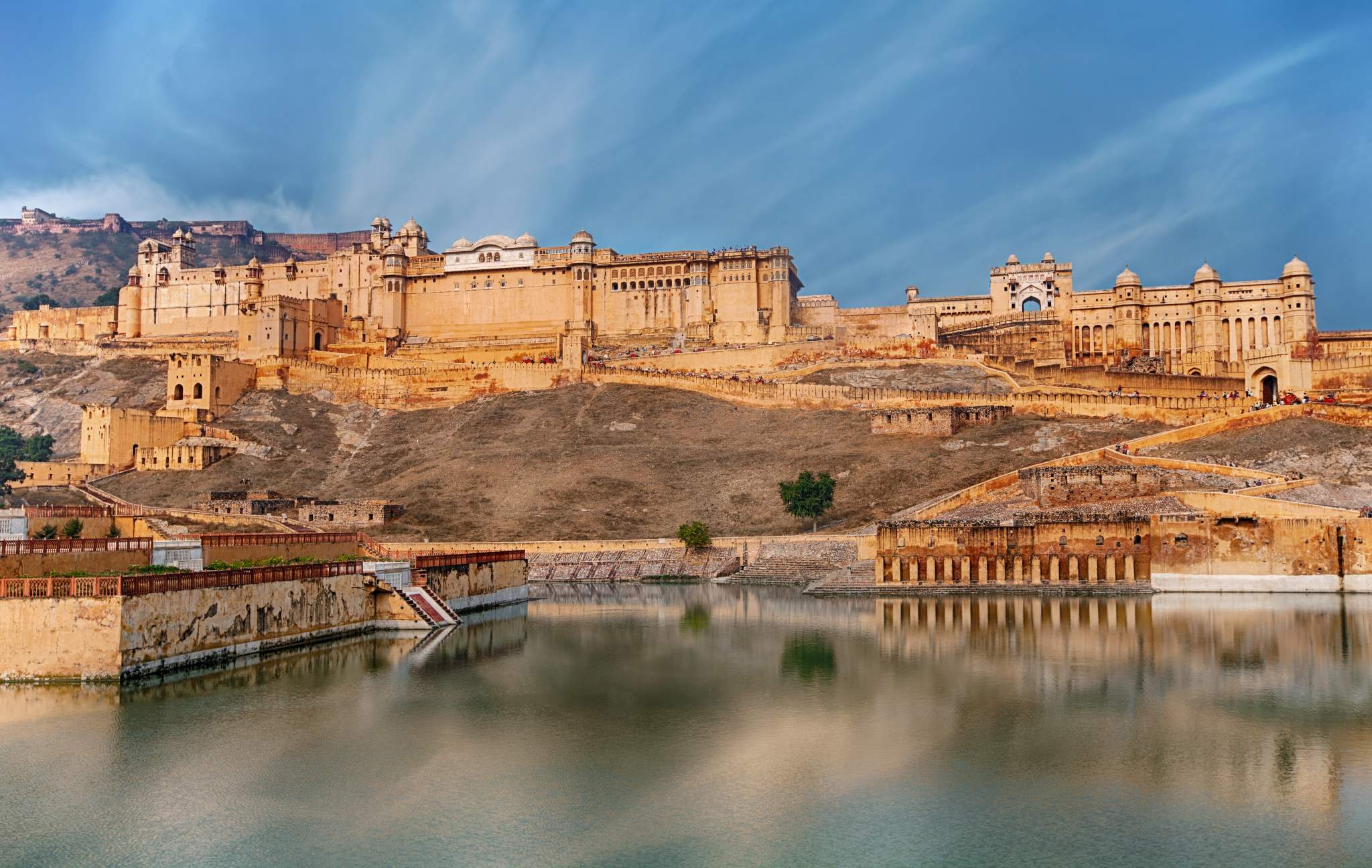 Drive a little further to visit the three elegant forts of Jaipur- Amber, Jaigarh and Nahargarh. The UNESCO heritage site of Amber Fort was built by Man Singh I in 1592 on a high hillock. Ride up on an elephant to the yellow-sandstone fortress or hike while enjoying the views. Sheesh Mahal here is a must-visit. Another highlight is the Light and Sound show in the evening. The nearby Jaigarh Fort is said to be connected to Amber through a secret passage. The fortress is home to the world’s largest cannon on wheels- a 50-tonne Jaivana, only fired once. Armouries, museums and photo-session opportunities make it worth visiting.

The rich legacy of royal Rajasthan is treasured in Jaipur’s museums. The majestic Indo-Saracenic architecture of Albert Hall Museum (1876), The Gems and Jewellery Museum, and the Doll Museum are worth visiting. The Jawahar Kala Kendra and Birla Auditorium host art and craft exhibitions and performing arts.

Shop till you drop 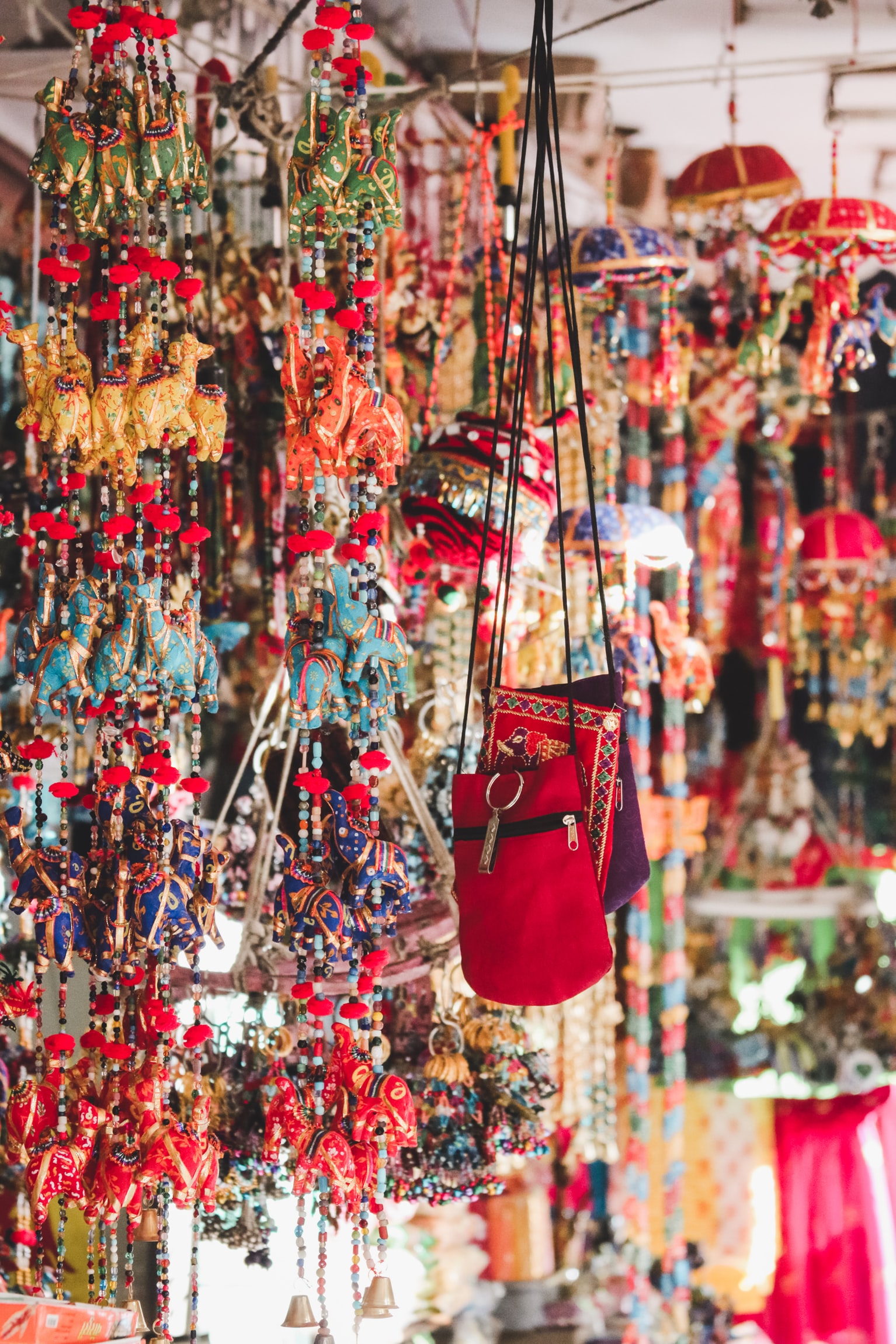 It was the foresight of Sawai Jai Singh II that Jaipur city was developed as a commercial hub. Traders and investments were invited from far and wide, from Bengal to Iran, and were granted housing facilities. A thriving trade in jewellery, gemstones, handicrafts, artillery, and marble flourished in due course of time. Shopping in the Pink City is one of the most amazing things to do in Jaipur.

Each lane being dedicated to one business or crafts and named after the economic activity. The colourful markets are a treasure trove of traditional textiles and crafts. An array of traditional embroidery, tie and dye fabric, gems and jewellery, blankets, camel skin bags and belts, blue pottery, Rajasthani puppets, eatables are among the things to buy in Jaipur.

Celebrated with great fervour are the grand processions of Teej and Gangaur. Diwali when the entire walled city is lit up, and Holi with a touch of royal traditions are the popular festivals in Jaipur.

Apart from religious festivals, Jaipur is popular for its art and culture, dance, music, theatre, food and literary festivals. The Jaipur Literature Festival is the most popular event that attracts renowned litterateurs from around the world. Other popular festivals and events include Jaipur Diwas, International Film Festival, and the Kite Festival. 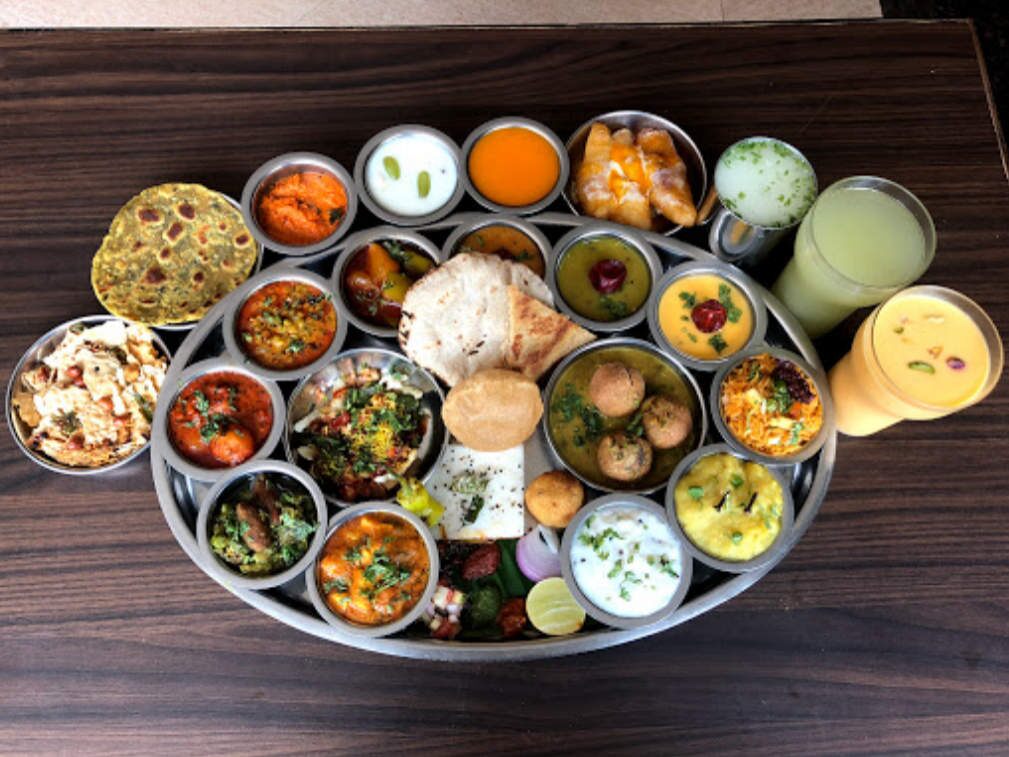 Splurge on traditional royal recipes with a visit to the heritage Suvarna Mahal Restaurant at Taj Rambagh Palace or 1135 AD in Amber Fort.

The street food offers savouries and sweets in the maze of lanes. The hot mirch ka pakoda (chilli fritters), delicious pyaz ki kachori, spicy samosas, etc. are must-haves. Those with a sweet tooth have savory options of delectable paneer ghevar, rabdi and laddoos. The quintessential Rajasthani favourite dal-bati-choorma could be had at most traditional eating places.

Jaipur offer accommodation options in all categories and to suit all budgets. Heritage hotels in Jaipur steal the show when you think of where to stay. The Taj Rambagh Palace, Jaipur, Oberoi Rajvilas, Jai Mahal Palace, Samode Haveli, Alsisar Haveli and Shahpura House are among the most popular options to stay in Jaipur. 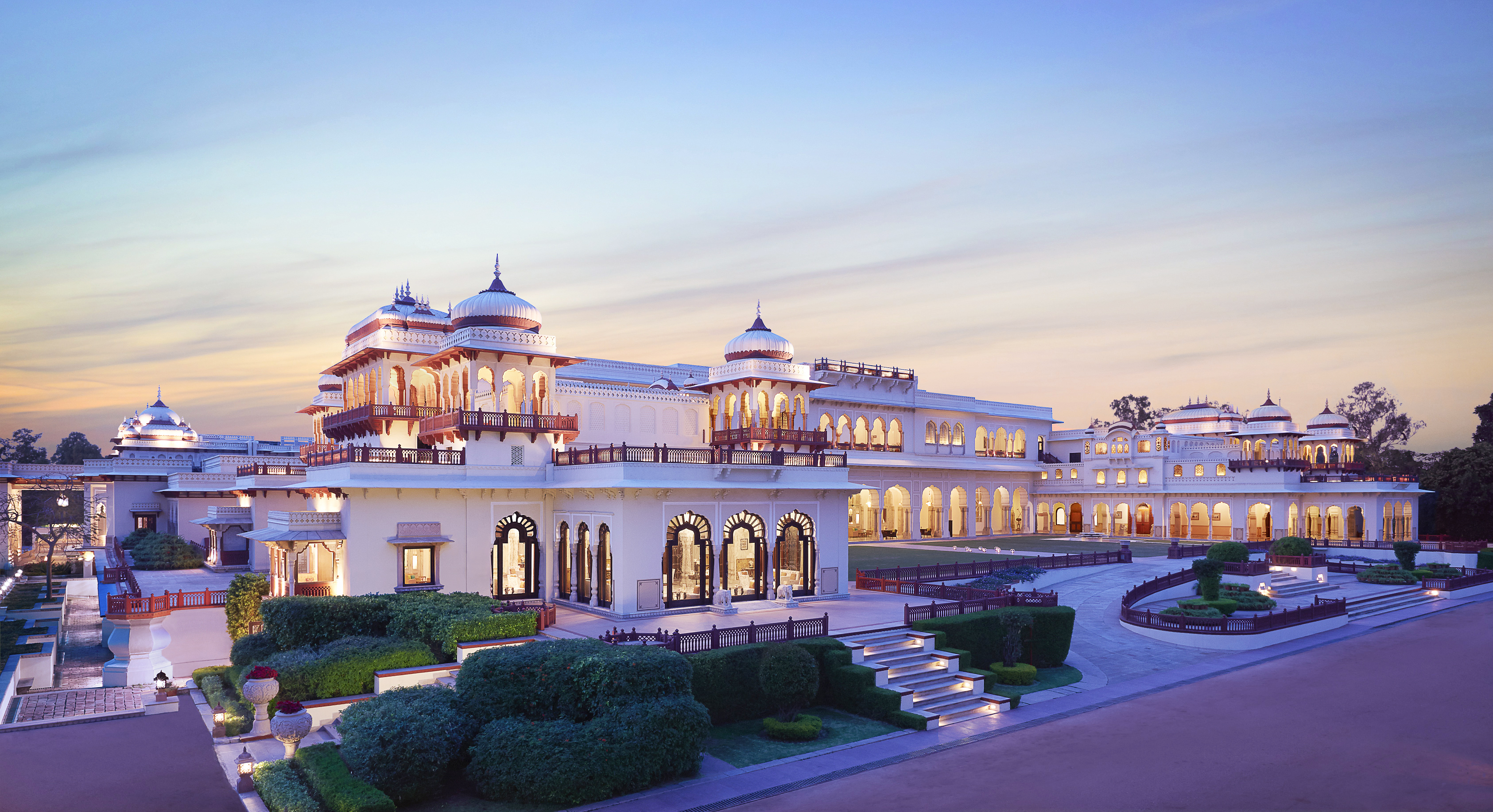 The happening Pink City of Jaipur is among those places that every traveller to India must definitely visit ! 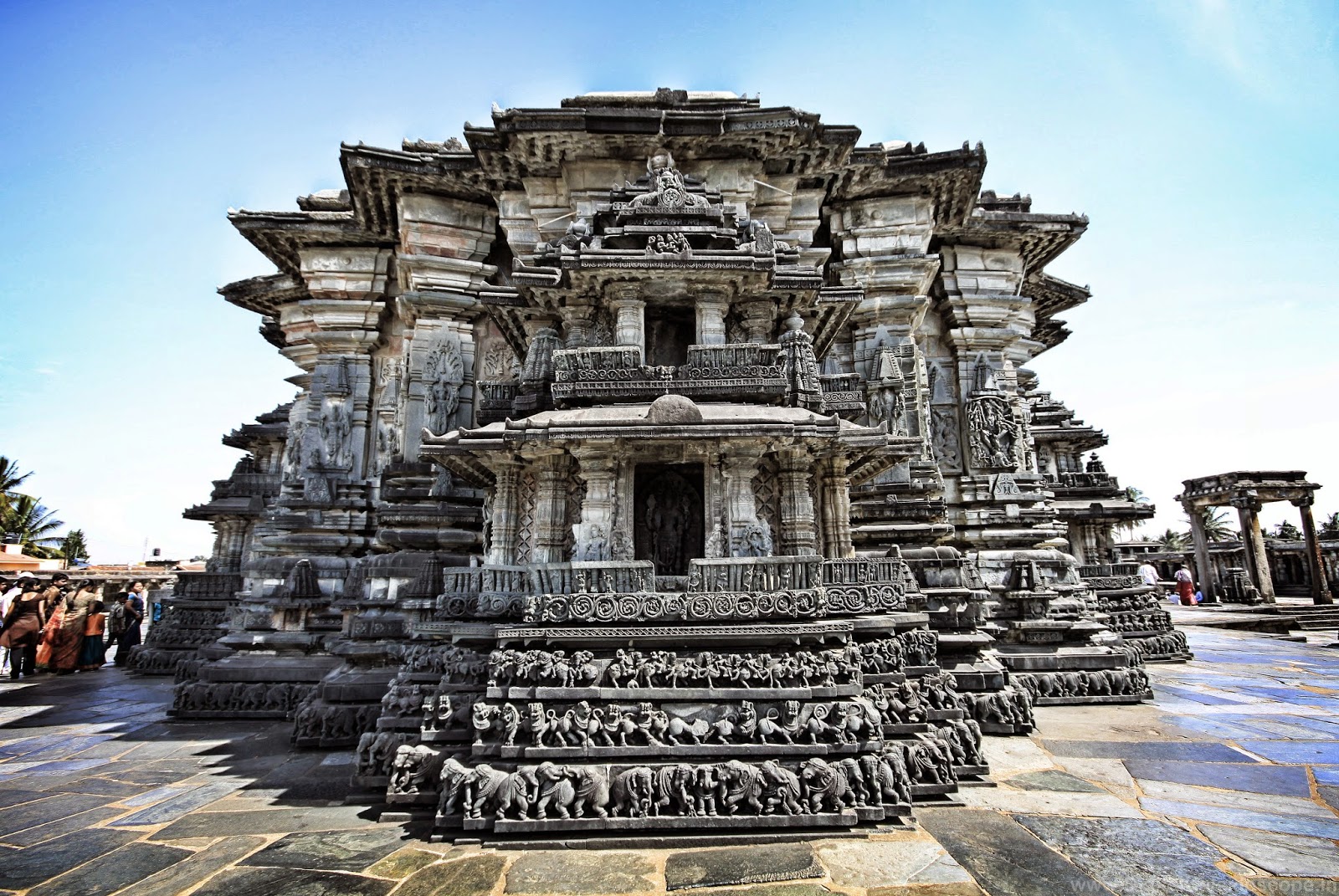 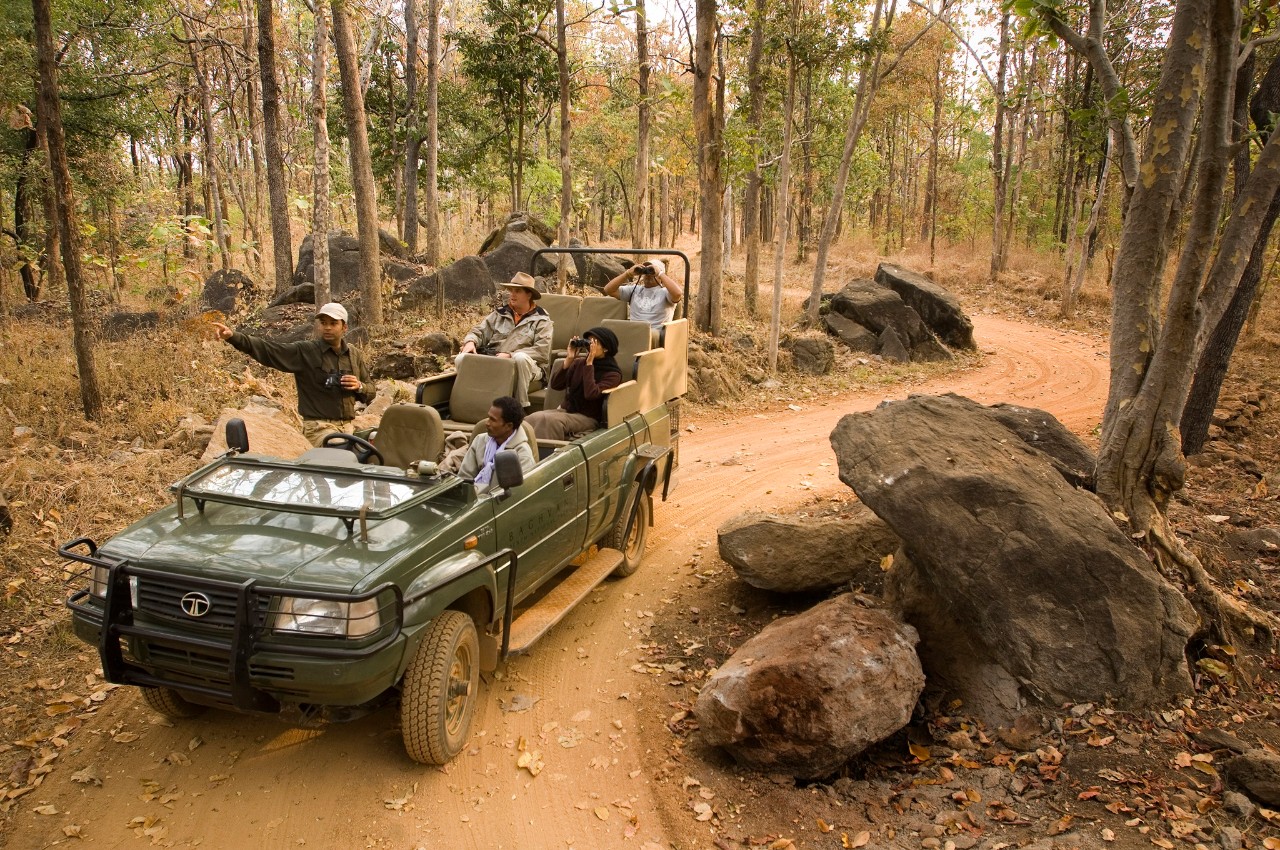 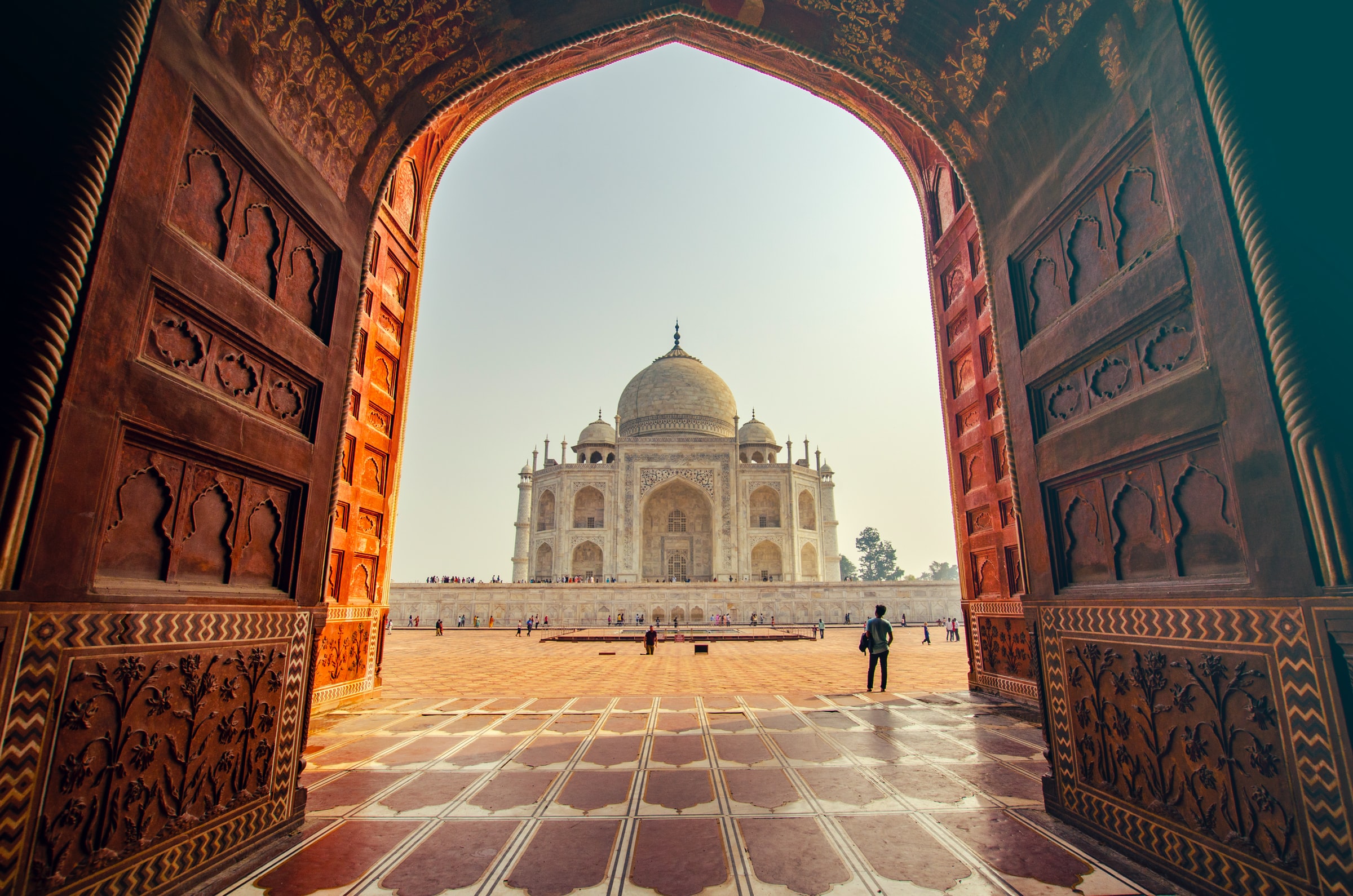 10 Amazing Things to Do On Your Golden Triangle Tour 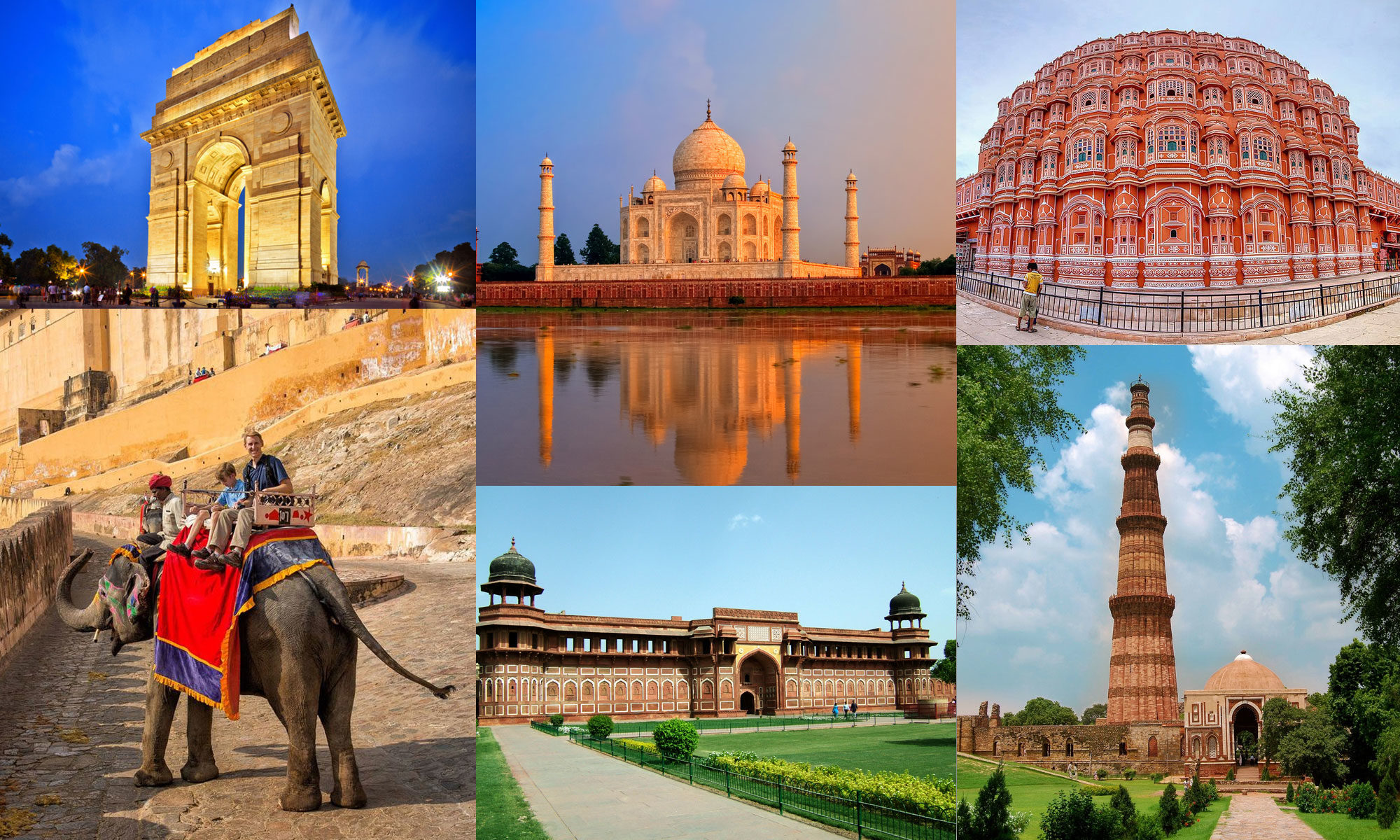 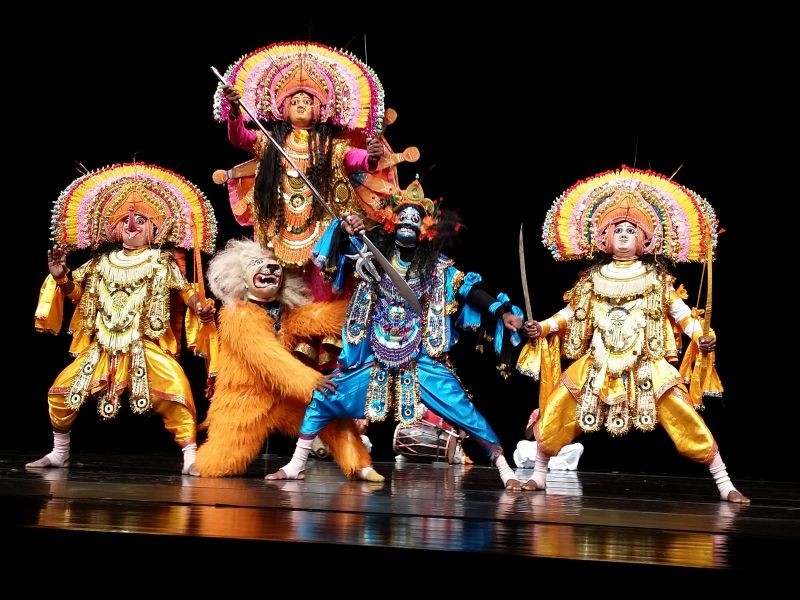 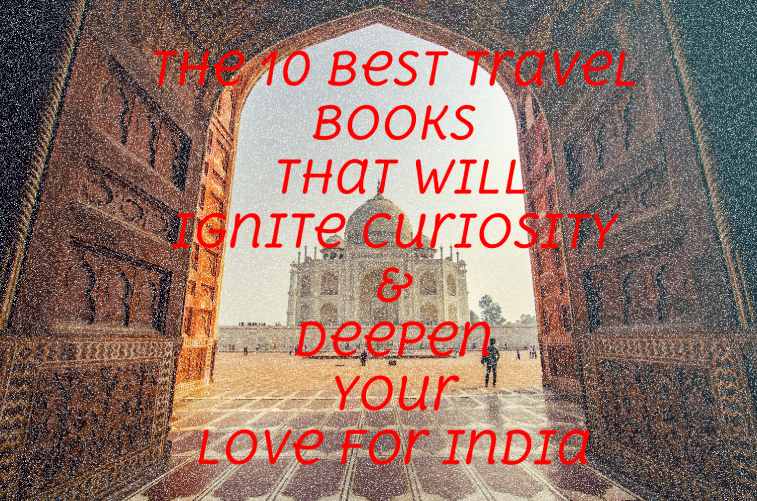