Bhutan is all set to reopen for international travellers from September. Referring to this, an official stated that the kingdom will be reopening for the first time since the pandemic began more than two years ago. In March 2020, with the outbreak of COVID-19, Bhutan took early steps to close its borders and banned tourism. With less than 8,00,000 in its population, Bhutan reported around 60000 infections. The Tourism Council of Bhutan (TCB) stated that it will be allowing international tourists to enter the kingdom from September 23.

The tourists will, however, be charged a Sustainable Development Fee of USD 200 per night. Officials in the know-how added that this new fee will help control tourists’ carbon impact.
TCB Chairman and the country’s Foreign Minister Tandi Dorji released a statement stating that COVID-19 has allowed them to reset and rethink how the sector can be best operated and structured while keeping the carbon footprints low. He informed that the kingdom had revised standards for service providers, such as tour operators, hotels, drivers, and guides.

Once the borders up the places to must include in a Bhutan holiday itinerary are: 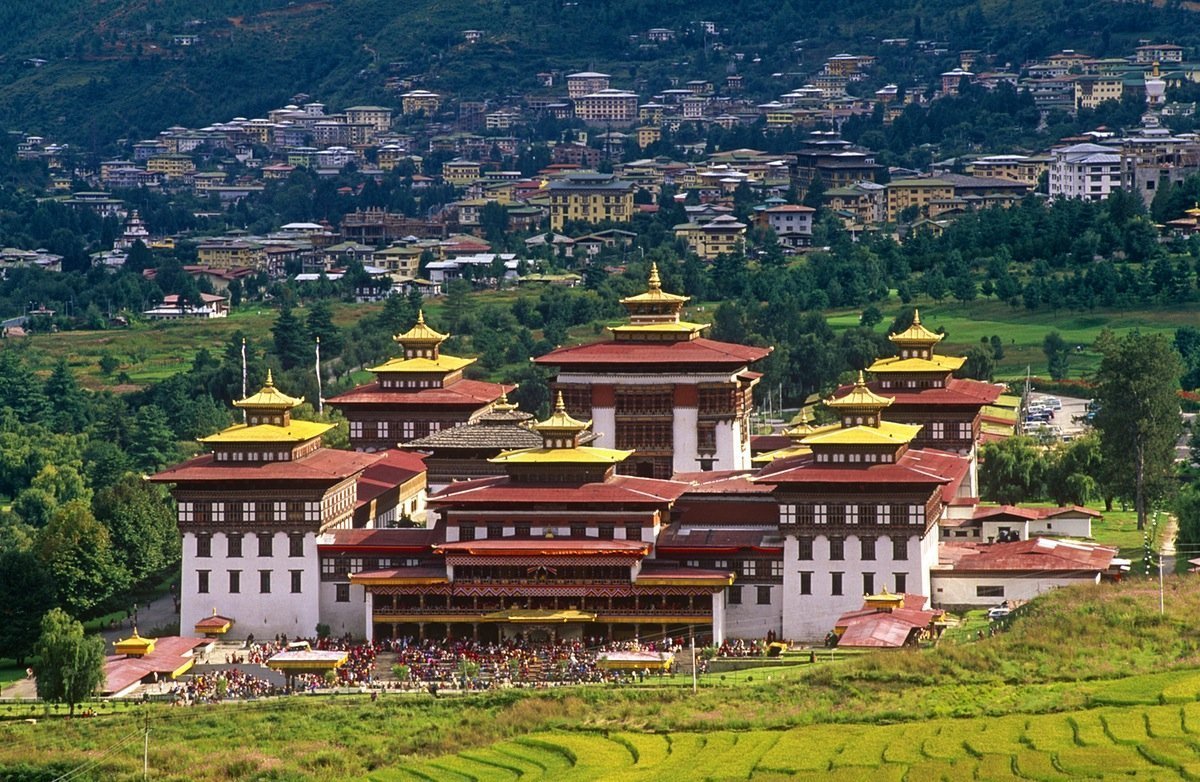 Home of the royal family of Bhutan, Thimpu is the capital of Bhutan, not just administratively, but culturally and commercially as well. Much like the surprises of Bhutan, Thimpu also has an interesting fact to share. Thimpu is the only capital city in the globe, the roads of which run without traffic lights. Thimphu, visiting the National Library housing an extensive collection of priceless Buddhist manuscripts, the Institute for Zorig Chusum (commonly known as the Painting School) which conducts training courses in Bhutan’s traditional arts and crafts, Textile and Folk Heritage Museum. After lunch, visit Trashichhoedzong, “fortress of the glorious religion”, the centre of Bhutan’s government and religion, King's Memorial Chorten and the government-run Handicrafts Emporium and local crafts shops, to browse through example of Bhutan's fine traditional arts.

Just 30 km from the capital city of Thimpu is the Dochula Pass, which is renowned for housing a significant number of Chortens. A total of 108 Chortens, which were built in honor of Bhutanese martyrs, add to the beauty of the mountain pass. The pass is situated at a height of around 3150 meters above sea level, and it overlooks the majestic snow-covered Himalayan ranges. While at the pass, have a warm cup of coffee and admire the beauty of this milky white location.

Winters are perfectly suited for a trip to this part of Bhutan, as the country receives heavy snowfall. Besides Dochula pass also hosts an annual festival in the month of December, which is known as Dochula festival. The festival is in continuation since the year 2011 and is held every year to commemorate the victory of Bhutanese soldiers over Indian insurgents. Punakha Dzong is stunning. It is the second oldest and second biggest in all of Bhutan but arguably the most beautiful. It is located between two rivers and you have to cross a bridge to access it. The most interesting thing about this building? Not one nail was used to create it... not one! 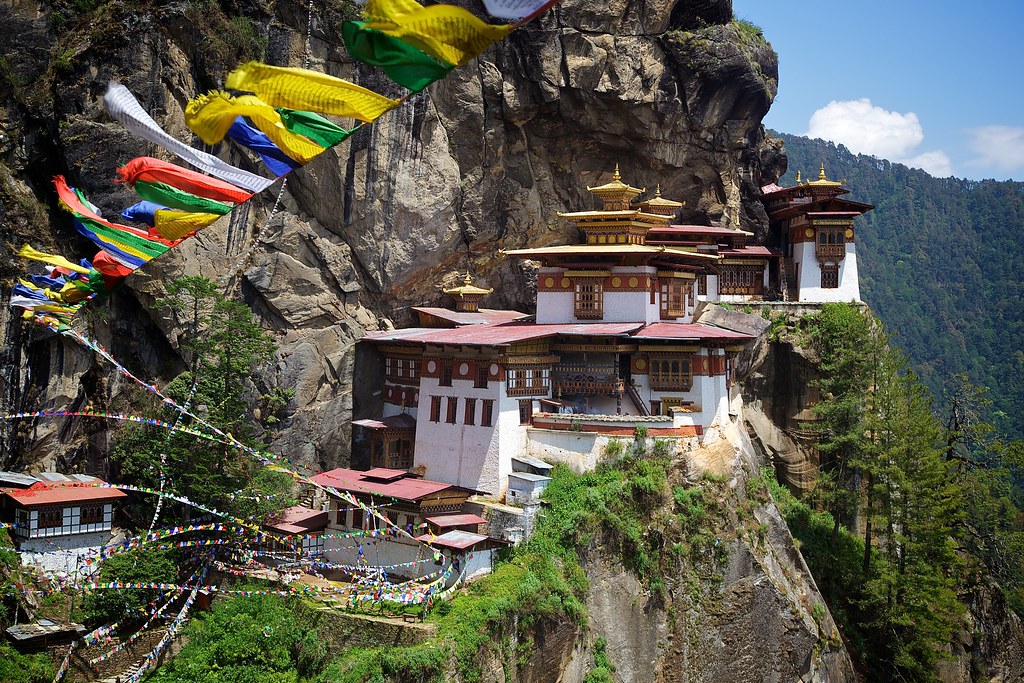 The Tiger’s Nest Monastery (Paro Takstang) is in one word, extraordinary. The buildings are perched on the side of a cliff, 10,000ft above sea-level! It was built in 1692 and still functions as a monastery today with monks living on the mountain. You’ll need to hike here and the trail begins just 10 miles north of Paro (a 20-minute drive).

The Memorial Chorten was designed to be 'one of the most visible religious structures in Thimphu' and reflects a Tibetan style architecture. When you visit be sure to only circle the Chorten in a clockwise direction and learn all about the 3rd Dragon King on Bhutan.

0 comments on "Bhutan to reopen for international travellers from September"