For those who seek to see 'India in style', and also wish to experience Himalayas we have an exclusive 13-day luxury tour package. The India Luxury tour package would be an ideal choice, since it includes some of the best known culturally rich and historically significant highlights of India. The tour starts from the capital city, Delhi, an active metropolis, with a unique combination of the ancient and the contemporary era. The tour then takes you, to the Himalayan Hill resort of Shimla, the summer capital of the British, followed by the visit to the city of the Taj Mahal, Agra, after visiting the city of the Taj Mahal, continue your tour to the city that arrays a pink carpet to all its visitors, Jaipur, followed by the Lake city of Udaipur and finally to India's commercial capital, Mumbai. The one thing that makes the tour special is the accommodation provided in this tour. Start the tour, at The Oberoi in New Delhi, one of Delhi's handpicked hotels, then at the Oberoi Wildflower Hall in Shimla, a luxury resort, set an height of 8000 ft., then at the award winning, top of the line, Oberoi Vilas hotels, Agra, Jaipur and Udaipur, before ending in Mumbai, at the waterfront of The Oberoi Hotel. 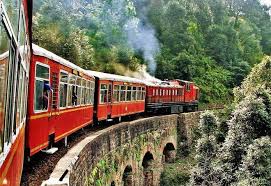